Design in the 15th and 16th centuries was dominated by the concept of imitating the art of the ancient world. This imitation was combined with new technical discoveries in glassmaking; in ceramics, with the introduction of tin-glazed earthwares; and in textile production. Renaissance humanist, in a revival of the principles espoused by the Greek philosopher Aristotle, argued that virtous ruler shouls display magnificence through his expenditure om works of art, which would in turn enhance his reputation.
As the princes rapidly gained control over the Italian city-states and established their dynastic succesion, they used art as statement of their wealth, their generosity dan their posistion. They erected great monuments and buildings, encourage artists to come to their courts through their patronage, and set up new manufatures of luxury goods.

The basis of renaissance come from the philosphy of humanism. The basic understanding leads to the concept of all’antica (in the spirit of the ancient world). This new thought manifest in  art, architecture, politics, science and literature.
At first the study of classical monuments led to the copying of specific ornaments such as scrolling foliage, swags, garlands, putti, and particularly the candelabrum motif.
Mannerism also born in the era, creating a comples patterns of dense, intricate subject matter. Leaonardo da Vinci, Michaelangelo and Raphael were the artist associated with this style.
Let’s see some of their work,
1. Cantoria or singing galery (1433-9)
Donatello, for Florence Cathedral. 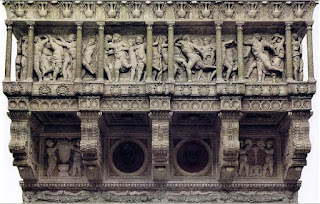 2. Bramante’s Palazzo Caprini (1510) or The Palazzo Brancone dell’Aquila by Raphael
Bramante and Raphael.
The building were based on classical proportion and repetition of similar nits, perfect harmony and balance in design. 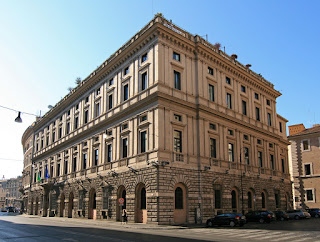 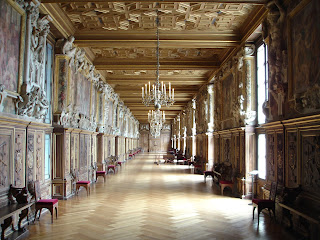 France was the first country to adopt Italian Renaissance. After conquering Naples in 1495, Charles VII brought twenty-two Italian  craftsman back to France. Flemish and French was the important source of inspiration in England.
Henry VIII had introduced Italian Renaissance decoration into his interior design.
England become a haven for many refugees from Netherlands and France, who brought with them the knowledge of renaissance motifs as well as technical experts.
Source:
1. Riley,Noel. The Elements of Design. New York: Free Press, 2003.
design study, design style, inches design, Interior, renaissance
Share: