B. Italian Furniture
Interiors in the 15th century were still sparsely furnished. The most expensive items was bed, richly hung with silks and embroideries, which along with its accompanying chest, was often given as wedding present. Equally significant were highly decorated portable objects such as writing cabinets. These were decorated in the technique known as interasia, developed in Italy; colored pieces of wood or the materials were inserted or laid into the background.
The 16th century saw an increase both in variety of types of furniture and in the richness of decoration, essential to the concept of magnificence.
Walnut was preferred, often stained or partly gilded, because of the fine carving that could be archived. The concept of maniera style also led to increasingly varied interpretations of grotesque ornament. This could be combined with arabesque decoration, popular in Venice and northern city.
Let’s see some of the work,
1.  The Sgabello, 1550-90, H:74cm
It was placed against the wall in reception rooms in Renaissance palaces.
This example in walnut is typical of Venetian form, with its high lace-like back and carved terms figures. 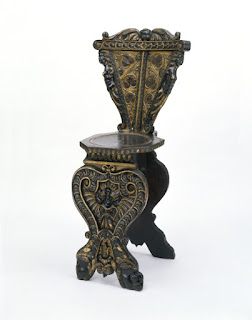 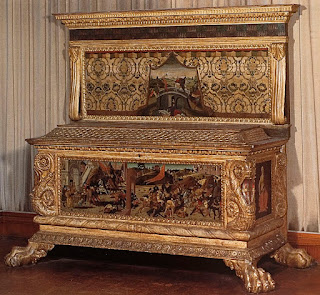 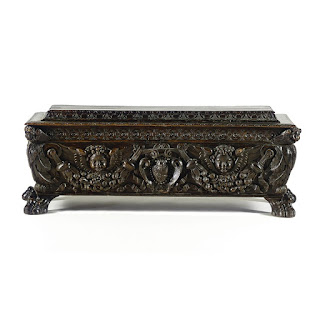